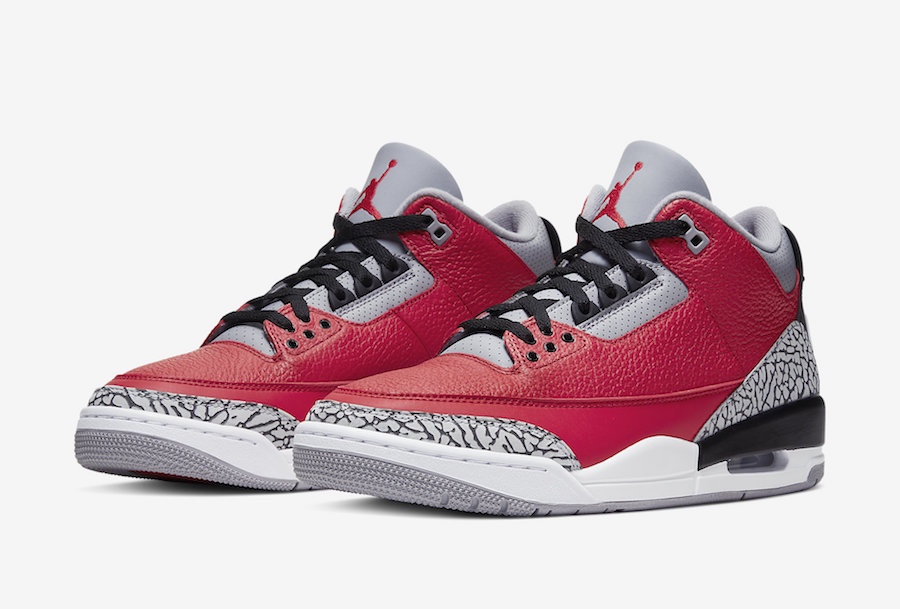 Michael Jordan’s performance during All-Star Weekend in 1988 in Chicago was nothing short of amazing. The event saw MJ not only win the Slam Dunk contest but also score 40 points in that Sunday’s game, taking home the MVP award as well as the victory with the East topping the West 138-133.

His Airness dazzled the crowd in a pair of ‘Black Cement 3’s’ for the game on Sunday while sporting the white pair for the Saturday Night festivities beating Dominique Wilkins in the annual Slam Dunk contest of which, is still talked about today.

Fast forward more than 30 years later and we once again have All-Star Weekend in Chicago and with that, we will see the release of the Air Jordan 3 ‘Unite.’

One can’t help but notice Chicago Bulls vibes with the all red upper along with the iconic elephant print.