Kobe Bryant, his daughter Gianna, and the seven other victims of a fatal helicopter crashlast week will be honored in a public memorial at the Staples Center in Los Angeles on February 24, as reported on Thursday by the Los Angeles Times.

Bryant’s wife, Vanessa Bryant, also confirmed the news earlier today in an Instagram post, sharing an image of a flyer with the words “#2, #24 #20 years as a Laker.” 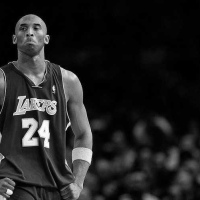